You are here: Home / Blog / Opportunity or distraction
Spread the love

I’m back from my Strategic Breakthrough learning experience at New York University’s Stern School of Business. 18 of us worked on strategic planning and corporate culture theory and practice. One of the power plays was to lay bare our businesses to 17 CEOs and a professor of strategy, digging, probing, poking and pulling apart our business models. Daunting. Educating. Fun.

One of the participants headed up a private bank in South East Asia. The bank provided traditional banking services, commercial and retail loans, securities and insurance. The CEO wanted to invest in a fintech start-up. When pressed why, his response was that if we do not innovate we will be disrupted by some start-up somewhere.

This was fairly typical of a lot of the businesses in the room. CEOs of oil companies concerned with green energy, publishers concerned with digital, defibrillator manufacturer thinking about advancements in health technologies and so on.

Innovate, disrupt or be disrupted is nothing new. Let me explain.

Once upon a time there was this guy called Graham Alexander Bell who had an idea about voice transmission over wires. 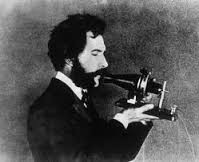 Bell was an educator, taught elocution and with his father innovated and fostered new ways of communicating with the hearing impaired; sign language and lip reading to name two. Bell invents the telephone and lodges a patent with the US Patent’s Office on 7 March 1876. 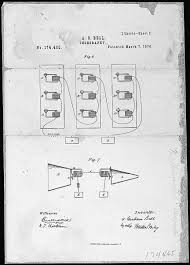 Bell has a benefactor, an investor – Gardiner G. Hubbard. Hubbard supports Bell through his early attempts (failures) to bring the idea of the telephone to some level of usefulness from at least 1874. 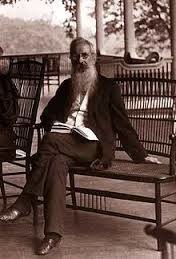 So far we have an idea, an investor and failure. Sounds familiar right.

Bell’s family moves from Scotland to Canada. Subsequently, Bell moves to Boston to teach. Unwell for travelling between Boston and Canada and working on the telephone, Bell quits his job, remains in Boston and focuses on his idea. Now a real start up.

To get his idea on track Bell on-boards, Thomas Watson in 1875 and by 1876 they created a device enabling voice to be carried over wire caused by changes in currents.

As is usual with start-ups, Bell has no money. So Bell pitches his idea and device to Western Union’s boss William Orton. 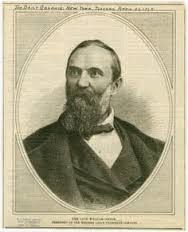 At the time, Western Union was a big deal. Western Union owned the telegraph wires enabling telegrams to be sent over the short, mid and long distances throughout the USA. Later Western Union would enable international connections.

Orton thanks Bell for his pitch and declines the offer to purchase Bell’s patent. Unconfirmed reports suggest Bell offered his patent to Orton for $100,000. One of the issues at play was that Orton and Hubbard didn’t get along. Hubbard is an attorney and on occasion had cause to challenge Western Union. Orton is self made, having suffered business failure himself, he works his way up by consolidating the assets of various telegraph companies existing at the time merging a number of them, ultimately creating Western Union. During this time Orton studies to become an attorney himself.

Subsequent to Bell’s pitch, Orton buys some patents, in particular, the provisional patent (the intent to lodge a patent – a caveat) by Elisha Gray. Gray’s intention to lodge a patent or caveat was lodged on 14 February 1876 (recall Bell lodges a patent on 7 March 1876). I can’t seem to verify this but google tells me that Bell fights about 600 patents challenges over his time. But this fight – who was first, Bell or Gray was pretty important. Anyway Bell holds the patent, Gray does not. Bell wins. Not only does Western Union buy Gray’s ideas in 1876, it also employs Edison. This is a real problem for Bell, Western Union has the telegraph poles that hold the wires needed to transmit the voice, a provisional patent and Edison.

Bell bats on. Hubbard approaches another potential investor, Chauncey Depew, and attempts to secure $10,000 as an initial investment. Unfortunately, Depew knew Orton well and seeks an opinion and you can guess how that went. So in little over a year after Bell pitches to Western Union, he and his cohorts set up, Bell Telephone Company and start to exploit the market and in about 1878 the creation of a telephone exchange enabled people to connect to each other within a 15-mile radius – short point or neighbourhood distances.

Clearly, mid point and long point services were next and for a time Western Union was focused on serving these two markets with essentially commercial telegram transmitted information – such as stocks etc.

Western Union tries to take its telephone to market. Bell challenges Western Union on the basis it was exploiting his patent and for 2 years fight it out when on 10 November 1879 Western Union settles with Bell.

Western Union yields up about 80 of its patents, hardware and 56,000 telephones in 55 cities together with providing a non-compete until 1896. In return Bell pays a 20% royalty Bell telephones to Western Union for use of the wires.

So then, the telephone, opportunity or distraction?

If you search biggest business strategic blunders you will find the classics Blockbuster, Kodak or the new Coke stories. You will also find Western Union’s decision not to take up Bell’s offer to buy his telephone patent for a miserable $100,000 in 1876 as one of the biggest strategic blunders of all time.

But was it? On all accounts Western Union was a progressive and innovative business. What David Melki tells us is that Western Union was kept busy by the demand of its short term commercial messaging, for example, stock trades and at this stage technology was able to transmit up to 4 messages per line, compared to a unreliable and scratchy audio over short distances. Western Union could argue that it was focused on its core business. If you think about how stock market data is transmitted today, the telephone is not at play but a new type of wire is.

The ability to leverage its assets through a licence to Bell was a smart play and perhaps all Western Union needed to do.

Western Union’s strength was in its infrastructure, wires and its ability to reliably message commercial messages such as stock trades and market information over short, medium and long distances. Even today after Western Union closed its telegram business in 27 January 2006 it continues to provide money transfers including on line and mobile.

“Effective 2006-01-27, Western Union will discontinue all Telegram and Commercial Messaging services. We regret any inconvenience this may cause you, and we thank you for your loyal patronage. If you have any questions or concerns, please contact a customer service representative.”

The answer to whether the telephone was a missed opportunity or a distraction for Western Union will depend on your answer to question: What business was Western Union really in?

Back to the bank. For bank’s region many of the population do not have a bank account; preferring to do basic financial transactions through mobile technology. No margin and little volume in security trading and insurance, with high reputational risk make it a low return investment for the bank. Perhaps sponsoring incubators specializing in fintech start ups is be a better way to keep on top of the trends and future disruptions rather than hedging a bet on one fintech start up.

So the question you need to ask is – What business am I really in?